I haven't posted in my LJ in months. Here's a couple of things I did in the past month or so: 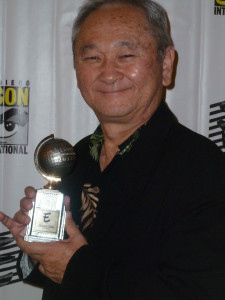 Won my 4th Will Eisner Award 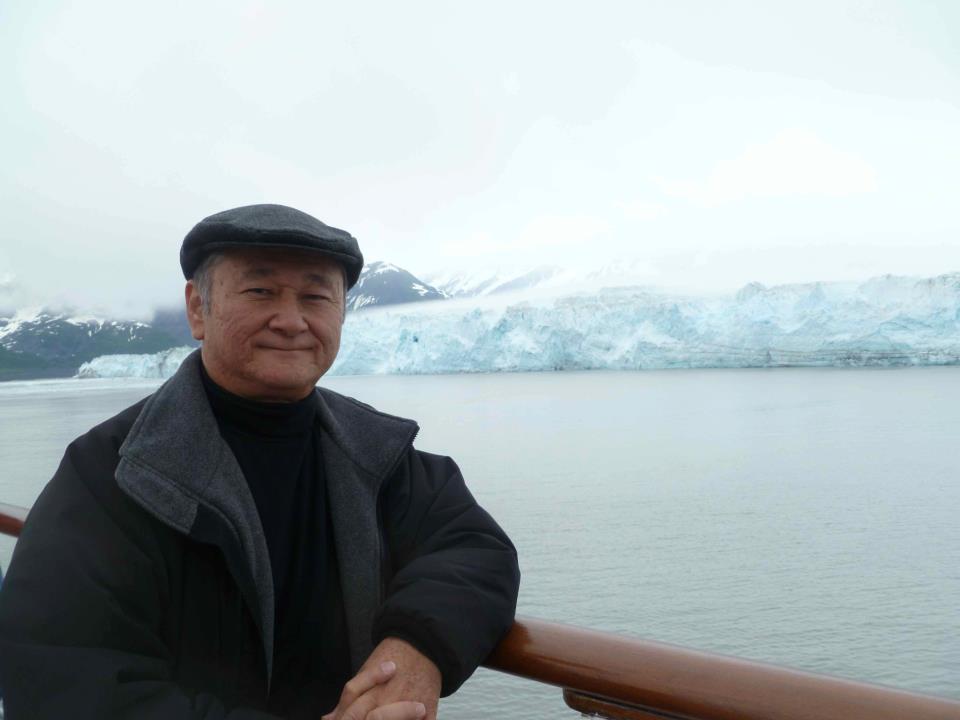 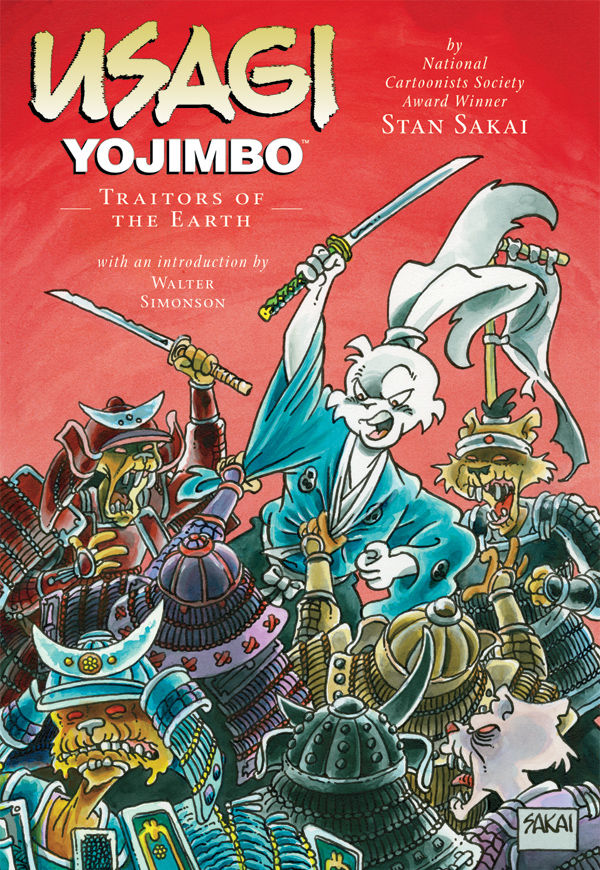 Usagi Yojimbo Book 26: Traitors of the Earth is out today in both trade paperback and limited edition hardcover. It has a wonderful introduction and Usagi drawing by Walter Simonson. One of the things I take pride in, is the caliber of creators that have supplied introductions for my books--Will Eisner, Stan Lee, Sergio Aragones, Lynn Johnston, Alejandro Jodorowsky, John Landis, Jack Davis, and so many others.

I believe all the volumes are in print.

I was on my way to France for the Festival International de la Bande Dessinee in Angouleme. This was my 5th or 6th trip to France in the past ten years, but only my 4th to Angouleme. It is the largest comics or bande dessinee festival in France with attendance topping well over 200,000 people. The entire city played host, with exhibitors and exhibition venues throughout Angouleme. The most common bande dessinee are full color, 48-60 pages, hardcover, and priced at 15-20 euros. It is highly regarded as an art form, and national newspapers would have daily reports of the festivals. My Usagi Yojimbo is published in the smaller, manga size. France is the only country to publish it in this format. It is black and white, and very affordably priced between 3 to 4 euros. Book 22 had been published the previous week, and all previous books are in print. Editions Paquet plans to publish three more volumes this year.

I metro-ed and took the Flyaway bus to LAX on Saturday. It would be my first time flying to Shiphol Airport in Amsterdam. I was not familiar at all with this airport, and only had an hour to make my connection. It usually takes 60-90 minutes to make any kind of connection at Frankfurt, so I was a bit worried about the time. However, the KLM flight came in 40 minutes early and Shiphol is not asbig as I had feared. I made it to my gate in about 30 minutes, even though the connecting terminal was at the far end of the airport. Even better was that they have free wifi, so I was able to e-mail Sharon that I had arrived. I passed a couple of stores with displays of wooden shoes, but resisted the urge to buy a pair. Im in France right now, at the Angoulme comics festival. I've been posting daily updates on my FaceBook page, mainly about what I had to eat. It is exceptionally mild this year, a bit too warm actually. It rained a couple of times I've been here, and even snowed one year. I brought a lot of bulky cold weather clothes, expecting the worse. I could have saved the space in my suitcase to bring home more French comics and bread. This is the cover for February's KatsuCon in Washington DC, where Sharon and I will be guests. The original art will be auctioned to help benefit the Cherry Blossom Endowment.

The art was done with ink, gouache, and watercolors on 4-ply 500 series cold press Strathmore bristol. This was done with ink and watercolor on 4-ply 500 series cold press Strathmore bristol on 01/02/12.

Another thing I did on that day was watch the Rose Parade on TV. The Tournament of Roses organization made an agreement with the churches in the area to never have the parade on a Sunday, so it was held on Monday this year. I live in Pasadena and would go down to watch it in person, but the crowds just got too much for me. However, the highlight for me is at the beginning, when the B-2 Stealth Bomber does its fly-by. Our house is right on its flight path, and it passes over us really low. Everyone on the block comes out to watch it fly overhead, then give each other our New Year greetings. It's a nice neighborhood tradition. I'm doing a story for the next Mouse Guards Legends. MG is a great series by David Petersen, about medieval-type mice, published by Archaia. With MGL, David lets other creators play in his playground.

Here is the inks for the first page. It was done with black and sepia on 4-ply 500 series Strathmore bristol. The colors were done with watercolors. I used to paint on the 5-ply Strathmore, but they discontinued it. A good alternative is their illustration board. It has a great feel and great texture, unlike other brands. Unfortunately, I did not have enough illustration board on hand. Usagi Yojimbo #141, published by Dark Horse, is on the stands this week. However, if you add up the Fantagraphics, Mirage, and Dark Horse issues, this is really Usagi #200. The story revolves around a sculptor who has a vision to carve 200 stone Jizo, a diety that eases suffering.

On the back cover of this issue is printed all 200 covers of the series so far. This Usagi-o-lantern was carved by Ryan Claytor, who did that awesome Groo-o-lantern last year. His pumpkin this year, of course, is much better. While I'm here, I'll mention that my 3 month exhibit at the Japanese American National Museum ended yesterday. It was a complete success, garnering a lot of great reviews. I did a signing for the closing, and the line was so long, I stayed an extra hour. If you're on Face Book, check out Nicole Sixx's photos of the last day:

I just received photos of another Usagi-o-lantern. This one is by Randy Dawson. I finished my story for Rocketeer Adventures from IDW. Now it's back to Usagi.

Here's a preliminary character study I did.